This is Haley. I have decided that I want to write a post here on Panama Pause and this topic is a great way to start.

Let me first say that I wanted to write this in all caps because it was such an amazing experience, but my parents would not let me. So just read this as if it were all in caps. Thanks.

We had heard of this lady in Volcan (not too far away from where we live) a couple of days ago that owned a few sloths and some other animals too, so we decided to go there this weekend. And let me say that the overall experience was absolutely incredible. When we got there, Raquel, the lady who ‘took care’ (she doesn’t like the word ‘own’) of the sloths went inside to get the cute little guys. When she came out, there were two adorable female sloths literally hanging from her jacket. Me and Zoe got to hold them first, being the ones who love sloths most.

They felt like little clumps of fur with claws. When they got near you, they would grab on to your shoulders and then wrap their legs around your waist. You kind of had to hold them, because if you didn’t their sharp claws would draw blood from your shoulders. They weren’t too heavy, but they were heavy enough. They would put their head over your shoulder and you could feel their breath on your neck. If you held them close to your chest, you could feel their heartbeat against your stomach.

The two we met had very different personalities. The one I got to hold first, Jessie, was very active and climbed on you a lot. She kept trying to reach over to other people and climb all over everyone, but I kept her with me for a while. The other one, Kira, was a very cuddly one that barely moved at all. She was very nice.

At one point Zoe was holding Jessie (the active one) and I was trying to take a picture of the her face. When I tried to take a picture, she reached out one of her hands and grabbed my phone and tried to pull it towards her. Even with both of my hands pulling, I was no match for her. These little creatures are like cuddly muscle machines. They are seriously strong. As a result, I got a very blurry closeup of her face (see below).

Some of the other animals we saw included: Coatimundis, a famous kinkaju who starred in the movie Underdog and a lot of other kids’ shows, a few owls, a red coyote, and some raccoons. The coatimundis were pretty much the only animals that we got to interact with of that list. Raquel brought out the kinkaju too, but it was a nocturnal animal and it was pretty grumpy so we decided not to touch it that much for our safety.

Overall, I would give the day 5 stars. 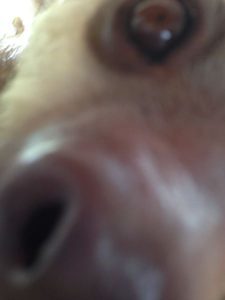 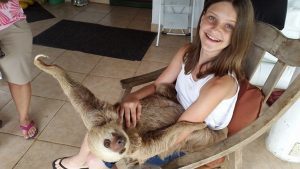 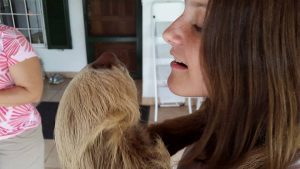 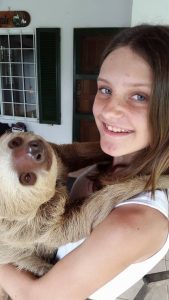 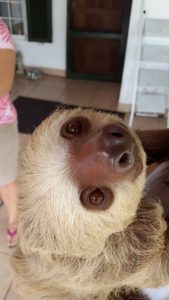 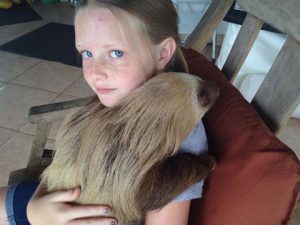 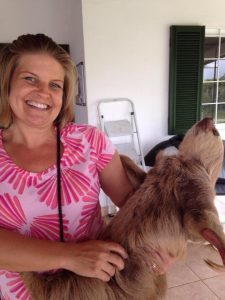 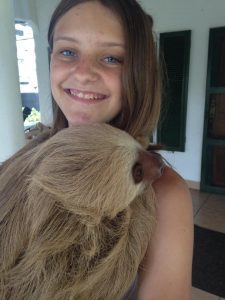 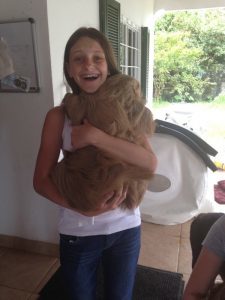