We are a family of four. Dan, Allison, Haley, and Zoe. We hail from Gilbert, Arizona. Before Arizona, we lived in Oregon. But we consider Arizona our US home and that’s where we will return once we’re done with this Worldschooling thing.

As our header says, we’re on a long-term journey to discover the world and try to teach our children about the human experience at the same time. So now you also know… we’re a bit crazy. Honestly, you have to be to do this kind of thing. Of course, we say that in jest but as any Worldschooler will attest to, it’s an amazing lifestyle but not for the faint of heart! 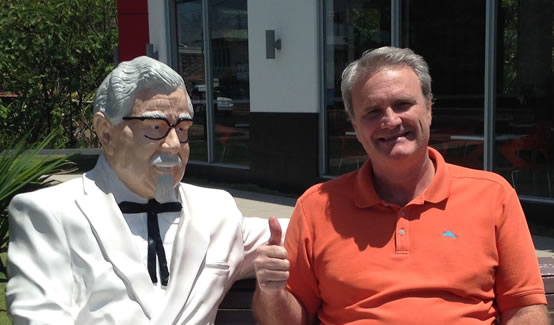 Dan (Age 54): He’s an Aries. If you’ve read the description of an Aries, Dan’s picture might be next to the description somewhere. He’s the big-picture guy. He leads us in a way that GPS cannot. He’s always thinking of the latest business idea and that’s probably what he’s thinking about when you talk to him. He spent 9 years wearing ONLY orange shirts but has now re-introduced color once again. He loves watching NFL football, playing poker and creating businesses (not in that order). His favorite shirt says “I hate everyone. And pants.” Although he doesn’t hate EVERYONE, he is one of those introverts that thrives on solitude. He’s a late riser and also late to go to bed. Oh, and he definitely hates pants. 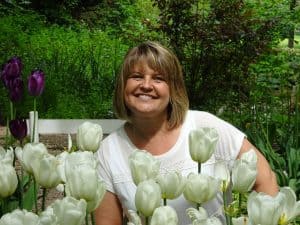 Allison (Age 48): She is the glue that holds it all together.  She’s the go-to person on everything that doesn’t include money, electronics or driving. She is the kids’ teacher and their everything else. She’s a planner… she’ll make a plan to make plans. She’s never idle and sits down only when gravity has fought her into submission. She turns into a pumpkin at precisely 9:35pm when her eyelids no longer function in the open position. Then early to rise, so that she can accomplish something, ANYTHING. She has typically led a fairly productive life in her morning hours before Dan has even made it to REM sleep. She can also teach a class on how to worry when there is nothing to worry about. In a nutshell, the family would wander the desert for 40 years without her amazing skills at keeping us focused and on task. Her need for social time is only slightly less than her need for sleep. 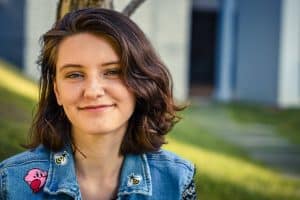 Haley (Age 16): She’s much like her Dad in that she loves solitude and working alone. We have to check her chair every once in a while to make sure she’s not glued to it. She would stay inside for weeks on end if we didn’t force her out into the sunlight. She’s got a techy mind, loves video games and is passionate about marine life, especially sharks. Her interest in birds is only slightly less than her shark obsession. Haley loves to bake as long as it’s not on demand. Banana bread, pasta and anything with rice are her favorites.  It’s not easy being a teenager but being a teenager while travelling the world…? Double whammy, but we’re making it work. Haley is taking the GED to finish her secondary education while we Worldschool.

Zoe (Age 12): The wild one. Loves to dance, sing, apply makeup, play ukulele, and in general, thrives when she’s in the limelight. She would stay up late on YouTube, drawing, listening to music and watching music videos if we didn’t force her to bed.  She is a friend magnet and draws people to her like a moth to a flame. The girl is social. But like her sister, she’s as smart as a whip, too. Her social needs are greater than her mother’s, if that’s possible. When Zoe doesn’t have enough social time we all feel the pain.

Here’s a good primer on how it all started. And our FAQ page will tell you a lot, too.

So here’s the plan

Every plan we have made thus far has been changed and we don’t expect this one will stay static either. But here’s what we’ve done so far. Starting in October of 2014, we spent 14 months in Panama where the girls went to public school, we spent countless days on the beach and we learned how to sweat like a pro. From there we moved on to Cancun, Mexico where we lived for 10 months, discovering the joys of other homeschoolers, cenotes and only slightly less sweating. After Mexico it was Spain, where we were somewhat socially starved since homeschooling is illegal and all the kids were in school.  After our 3-month visa for Europe was up we took off for South Africa. We heard the weather was great, homeschooling is up-and-coming and there was a conference of like-minded people with like-minded kids. We stayed in South Africa for 3 months (until April 2017) and then headed back to Europe to see the tulips in Netherlands, with a week layover in Dubai. Europe was a lot of fast travel: Netherlands, Luxembourg, Germany, Belgium, Spain again and then racing through Italy to pack in all the history we could muster. From there it was off to Asia for 4 months, based in Chiang Mai, Thailand. We took a side trip to Malaysia, Cambodia and the south part of Thailand. While there, Haley attended a month-long Project World School retreat to try and load up on her much-needed time with teenage peers.

After Asia, we did a long layover in the USA to stock up on all our favorite clothes, food and family, and then it was back into the land of Spanish speaking: Colombia. We wanted good weather, Spanish speaking opportunities for the girls, closer time zone and location to the USA and friendly people. We found it in Medellin. We planned to stay for 6 months but at the 6-month mark we extended that to 2 years – until the end of 2019. That’s where we are now! Did you follow all that? Probably not but no worries. You can always check our “What’s Next” category for the latest plan.

As for returning to the USA? At this point, making it back for Zoe to attend high school in 2020 might be a possibility. Or not. Or we might decide this travelling thing is for the birds and it’s time to go back to comfort and familiarity. Who knows!? Stay tuned and find out along with us. Be sure to put your email address on our notification list over to the right.

Go back to the front page and enjoy reading more about our journey.