Yay for Friday! It’s been a long week, although very enjoyable if you ask me. We had our usual homeschooling this morning, which was interrupted yet again by science and the arrival of a lizard. We didn’t get to handle him or have much time to research him but we see them a lot so maybe manana.

I talked to the Spanish school about switching Haley’s class to be in the same one with Dan and they are open to the idea, they just have to see if they have any unexpected students show up on Monday that need his class too. But hopefully that will work out. Dan is pretty frustrated with his teacher, who refuses to speak at all in English, not even to explain the activity. I continue to love my class. After our “receso” (break) we played a charades game for 2 hours. The American team kicked the German team’s butt. Here’s a picture of one of my fellow students. Turns out my chattiness flows into Spanish as well. I did a lot more describing of the word rather than acting it out. In Spanish Santa is known as “Papa Noel”. Who knew??!

We rented a car this morning for the weekend so we could get around more easily. It was nice to do a few errands after school in the car rather than with a taxi. Daniel has adjusted his driving to fit right into Panama culture. Daniel and Zoe are now swimming in the resort pool while Haley and I are chillaxin. We’ll have an American dinner tonight: chicken nuggets for the kids (Haley made a big scene at the supermercado when she found them because she was so excited) and hamburgers for Dan and I. And fresh green beans from the veggie stand. No rice!

Tomorrow we are up and out of here bright and early for a hike with the Smith family. The early morning hour allows us to most likely avoid the rain (although we are hiking in the rain forest next to a creek up to a waterfall… you think we won’t be getting wet??) and hopefully there will be animal sightings. There has been mention of a sloth seen on this hike before but I’m not sure we’ll get so lucky. You’ll find out tomorrow night because surely we’ll post some pictures.

I appreciate hearing from you all that you are enjoying these posts. I know they are long and frequent but it’s therapy for me to summarize the day and I love hearing from all of you at different times too. 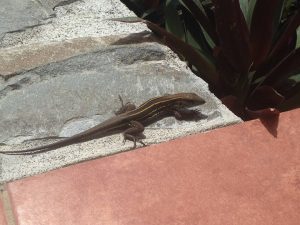 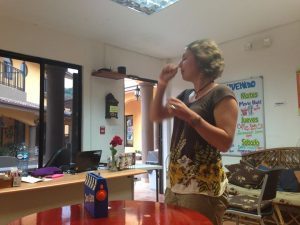