We didn’t come to Malaysia just to go shopping, although we all benefited from that activity. We managed to carve out some time to do a few things while we were in Kuala Lumpur. Somehow they all ended up involving animals, which suited us just fine. Here’s the scoop…

It’s a cave, it’s a shrine! It’s both!!! These caves are very well known in Kuala Lumpur. The caves themselves are over 400 million years old. If that wasn’t interesting enough, they are now the site of several Hindu shrines inside, and a very large gold statue of Lord Murugon outside. This is one of 4 very important Hindu shrines in Malaysia.  I love caves and needed no more encouragement to go visit so one afternoon we took an Uber and checked it out.

This particular excursion became more memorable for the animal encounters we had. First there were the pigeons. So many pigeons! And honestly, I don’t understand why people like pigeons. We saw this in Thailand too… people feed them and actually ENCOURAGE them to crowd around and land on their bodies. The Shermanos think pigeons are nasty (the tallest Shermano calls them “sky rats”). So we watched this guy hang out with the pigeons but we wanted no part of his fun.

The stairs looked formidable but we are veterans at climbing stairs from hell… we climbed the 700+ stairs up the church tower in Cologne, Germany. So now every time we see a lot of stairs we say “Well, we did a lot more in Germany…”.  As with any religious location, we had to check and make sure we had dressed accordingly. This is not our first rodeo temple religious building, we know the routine. Haley and I had knees and shoulders covered. Zoe had knees exposed but she had a scarf she was going to wrap around her waist if she needed it. Dan said he was not wearing long pants unless, and I quote, “someone sponsored the activity by providing the pants as well as monetary remuneration for the unpleasant task of slipping material over the entire length of my legs.” So he decided to deal with the consequences. Turns out the “cover up” policy was just for women, and even Zoe was not required to cover her knees. Shermanos passed the test so off we go to the stairs!

About halfway up the stairs, we started to see the monkeys. We had read about them and we remember the aggressive monkeys from Gibraltar so we were guarded. But evidently, these monkeys have a PhD in intimidation and aggression because one of them decided that he needed Haley’s newly-acquired Vitamin Water more than she did. So he sneaked up from behind and grabbed it from Haley’s swinging hand. Dan tried to grab it back but one nasty hiss from the monkey and Dan decided the Vitamin Water wasn’t worth a trip to the ER. (It was a quick decision.) The monkey proceeded to bite the bottom of the bottle until he created a hole large enough to drain the contents onto the stairs so he could sip it up.

Haley was horrified and now wanted nothing to do with any monkey. Zoe was still brave intrigued enough to buy some peanuts and feed them to the monkeys, but she needed schooling on how to feed it fast enough to avoid being attacked. I was not interested in all this monkey business.

The shrines were mildly interesting but they were quite small. We didn’t really know what we were looking at and no one seemed to be too interested in explaining it to us. There was a lot of construction going on in and around the caves so it made it hard to understand what was part of the shine and what was not. We discussed how the cave was similar to a cenote that we enjoyed in Mexico. Only it would be filled with water in Mexico and we’d be swimming in it instead of walking in it. And there would be bats instead of monkeys. And we’d be wearing swim suits. And we’d be nice and cool, not hot and sweaty. OK, so not so similar.

On our way back down we had to run the monkey guantlet again. Somehow the monkeys knew we were coming and now they were even more aggressive, jumping onto us and trying to grab our bags. Dan decided to hold the bag of peanuts we had purchased previously, so Zoe wouldn’t get attacked. Sure enough, one lunged at him and landed on his chest to take the peanuts and Dan’s natural reaction to that, of course, was to swipe the monkey away. He did it hard enough that the monkey decided it wasn’t worth going another round, I guess, because the monkey backed off. He was one of the larger ones, too. I got jumped on twice and then the family decided it would be fun to scare me – repeatedly – by tickling my ankle and making me think it was yet another monkey. There were some loud exclamations and threats to disown particular family members (read: Haley is now looking for a host family). In the end, I looked like a lunatic, running down the stairs bellowing to the monkeys “NO!” and swinging my backpack around to keep them from jumping on me. I had lost all sense of decorum and self-respect. The family laughed so hard, they couldn’t breathe. I don’t care… I was OUT OF THERE!

Zoe was attempting to still feed them with Dan’s help but after awhile she gave up and made a run for it too. We felt like we were being filmed for a sequel to the Planet of the Apes. The one where the apes win.

The girls and I really like stuff having to do with animals, so another day we checked out the Kuala Lumpur Bird Park. Somehow Dan had doubled booked himself somewhere and was conveniently not available. He said something about needing to wash his hair. Anyhoo… we went early enough in the day that it was not yet rainy and the cloud cover helped keep us relatively cool, until the last 20 minutes or so. We made a bunch of connections to our past countries in this outing. We saw roosters that reminded us of Panama, birds that we remember from Mexico, hadedas that were so noisy in South Africa, flamingos like the ones we saw in Mexico and even ostriches, which we met up close in South Africa. It’s awesome to make all kinds of connections to places we have been.

Some birds at this park were in cages and contained, but a lot of them were free to wander, as the entire park was netted on the top. We saw a lot of birds near the feeding areas and they saw us coming as well. Zoe was recovered enough from her bit role in the filming of “Planet of the Apes, Escape from the Shrine of Lord Murugan” so she decided to feed the birds.

After the Bird Park we took a taxi over to the aquarium to continue on our day of animals sans Dan. As we were walking into the aquarium we heard a ruckus behind us and, upon turning around, we saw a huge swarm of school children headed in the same direction. It was almost as scary as the monkeys. All those rowdy kids were going to the same place we were! We started to run and made it into the aquarium and through the first section before they could organize themselves in the ticket line. We run a lot, it seems. Monkeys, school children, it’s all the same.

The aquarium itself was pretty interesting, moreso because the girls are taking a marine zoology class right now. We enjoyed wandering around and seeing in real life what they’ve been learning about online.

While at the aquarium we learned about shark finning. I knew that I must tell you, loyal reader, about this terrible practice! Shark finning is when a shark is caught, all his fins are cut off and he is thrown back into the ocean, usually still alive. But because he can’t swim now, he sinks to the bottom until he drowns and/or is consumed by other sea creatures. This is horrible! I have now added shark finning to my list of animal issues I follow, which include the plight of the rhino, the cheetah, the elephant and now sharks!

You might wonder why in the world anyone would want to do this, but I have researched that too. Shark fin soup is a thing! A big thing! In China they traditionally eat it at weddings and when celebrating Chinese New Year. I have seen a few ads for it around Thailand and now I know to avoid it at all costs. I won’t post any graphic pictures of the poor sharks but I did find these two images online that I thought were good! 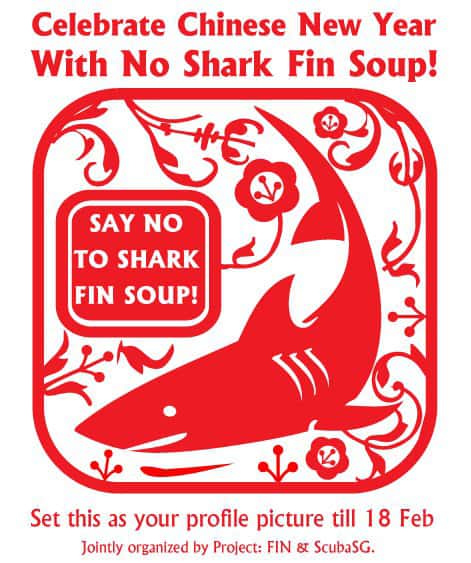 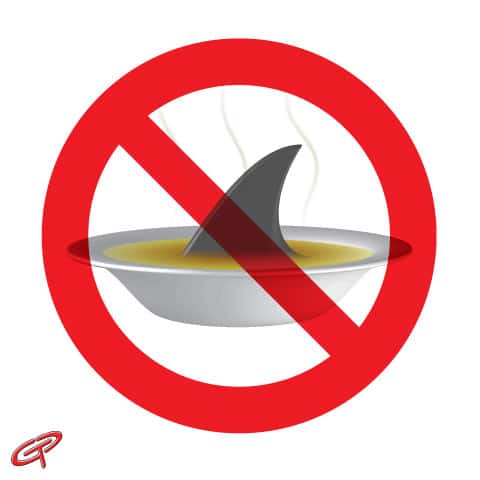 So there you have it, this wraps up our posts on Kuala Lumpur. I bet you didn’t think we’d have so many educational animal encounters in the middle of a city of 1.5 million people. We are talented that way, we can find animals anywhere! Just not in our soup. #saynottofinsoup