I don’t normally cuss but when I do I use the S word. When the kids and I go out and I’m driving, we return and they update Dan on how many times I said the S word. That will tell you how good (or not) of a journey it was. But the fact that they notice it at all means I don’t cuss all that much. That exonerates my slightly foul mouth at least a little bit. No?

But now, it’s about to go down. It’s gettin’ real up in hereya. Our adventures are about to get bigger, and faster. Hang on for the ride, ya’ll.

We left for Panama with the plan of living there for 2 years and returning to Arizona. If we had stuck to our original plan we’d be back by now, with the girls in public school. But the plan changed. We decided to “Let’s Just Travel.” So we went to Mexico after 14 months in Panama, and we planned on staying 5 months. If we had stuck to that plan we would have been gone 3 months ago. But new plans were made yet again and here we are, still in Cancun. But not for long.

We are getting ready to depart for new adventures but in a different way. We have achieved our first goal of immersing the kids in a new language. Haley looked up the definition of fluent the other day and by that definition, they’ve achieved it in Spanish. They can pretty much communicate anything to anyone in Spanish without thinking too much about it. Not always perfectly, but they can do it. The first time they were able to order Domino’s Pizza over the phone I knew we had accomplished what we set out to do and now it’s time to go.

Done are the music lessons, Spanish school, homeschool schedule, daily workers for the pool, the yard, the water, the housecleaning, hiring and managing a cook. The routines are wrapping up, the classes are done, the meet-ups declined. It’s time to go.

We have no detailed plan. Only one big pseudo schedule, ready to be filled and changed as we go. A few months in Central America, a few months in Spain, a few months in South Africa, a few more months in Europe. That takes us to July 2017 and we will not “plan” any further than that. But the long term “plan” continues to keep us travelling until June of 2020, when we will give Zoe the option of going to traditional high school if she chooses, and if she does, it’ll be in Gilbert, Arizona. But that’s way too far to think about. For now I’m thinking about the next 2 months.

We leave Cancun on August 15. We have two months on this continent until we leave for Spain on October 16. Those two months are still being planned but we’ll spend some time in Mexico City, some time in Guatemala, some time exploring more of the Yucatan Peninsula and some time in Belize. We’ll take planes, buses, taxis, our own car and who knows what else. We are only planning ahead by one or two steps, keeping the schedule flexible to stay longer where we like or move on if we have lost interest.

So you’ll see that instead of 2 years in 2 countries like we just did, we are picking up the pace. We are going for it and from the perspective of a nesting, organized kind of gal… it’s getting real. We will have no home base and no high expectations for academic homeschool. We will go, we will see, we will do the things that interest us and then we’ll go somewhere else and do it there. Lather, rinse and repeat.

Of course I have mixed feelings. I’m SO excited to give up the management of the house. It was a lot of management (first world problems, I know) but the lack of a set schedule, lack of finite, concrete plans, lack of knowing exactly what we will do, how we will do it and when… well, that’s not my favorite part, but it’s the part that will be good for me. I do not have a calm mind. In fact I’m writing this blog post INSTEAD of packing and organizing stuff. And then I thought “this blog post needs a visual” (aka: I need to stall some more) so I made a pie chart about my emotions. Haley saw it and she wanted a pie chart so she made one (she likes stalling too). Then I decided to teach Zoe how to make pie charts in Excel since we are still educating the kids no matter what we do (and it provided for more stalling), so she made one in her own way. I couldn’t let Dan off the hook so I made him make one too (that’s when I got back to organizing). After a slight eye roll, he did it.

So here are the Sherman Family Emotional Pie Charts, in order of who took the assignment seriously: 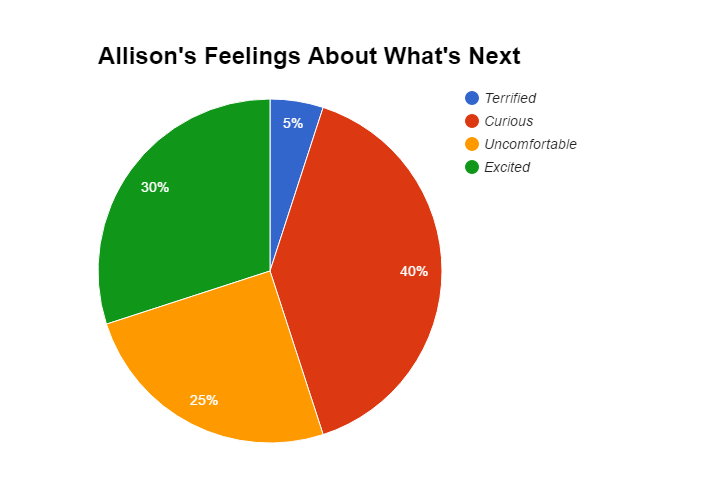 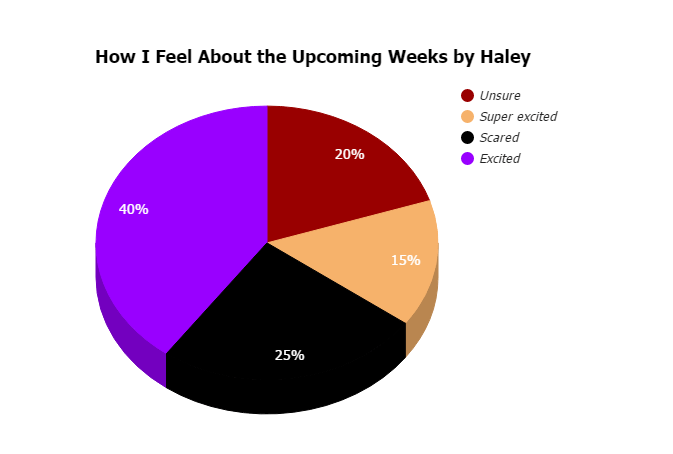 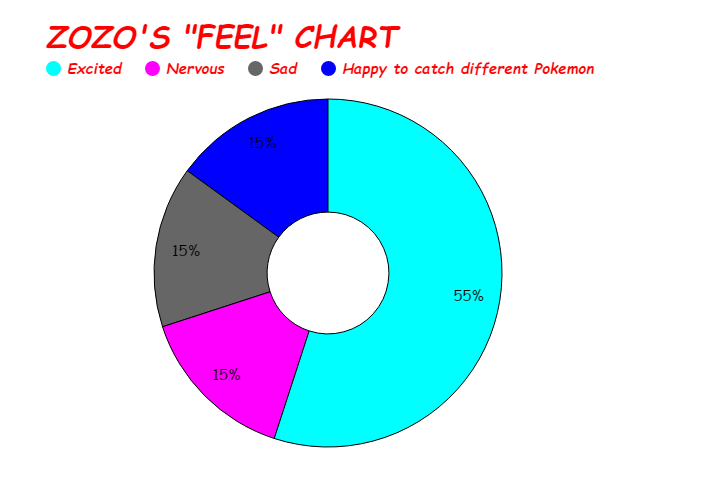 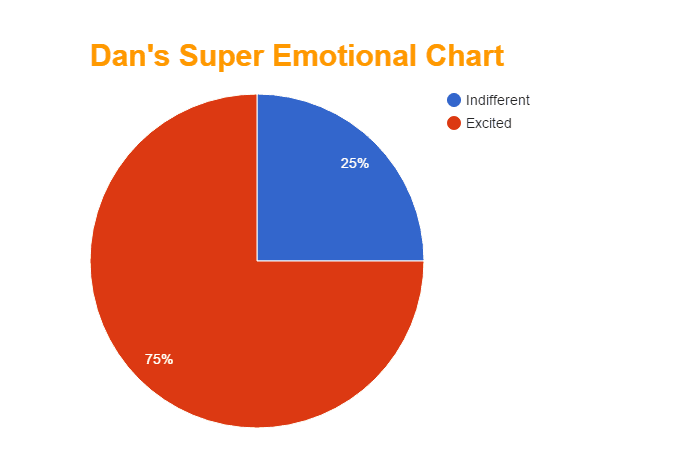 So all this to say, the blog will probably be pretty busy for awhile. We’ll be posting about where we are and what we are doing. If you want to keep up, you might want to subscribe to the email announcements so you get notifications of each new blog (and make sure it goes to your main email folder). Facebook will show you some things but not all. Not to say you need to hang on our every word but feel free to, we love it when you do.