We left our favorite town of Puebla a few days ago and it’s time to explore a little bigger town… Mexico City! Yeah, bigger is right! This place has 21 million people!

The bus from Puebla was quite easy, even though we had 11 pieces of luggage. We only have 1 suitcase per person but we have all kinds of carry on bags with computers, personal bags that contain our entertainment for on board and don’t forget Zoe’s beloved ukulele. Doesn’t really matter how you justify it, it’s still too much to manage through train stations. But the bus was comfortable, we watched the movie “Annie” in Spanish and we saw snow on the side of the road while going through a mountain pass. After about 2 hours we arrived in Mexico City, took two cabs to our Airbnb apartment and settled in.

Our apartment (“flat” is what the French owner calls it) is not quite as it was depicted in the Airbnb listing, but they never are. It’s a little bit more dated, a little more basic, a little older and rougher around the edges, but it will suit us fine for 12 days.

Here are the benefits:

1. It’s very centrally located. We can leave our building and immediately have hundreds of food options at our fingertips, including some of our American favorites (pizza!). The laundromat is behind us. The bus stop is across the street (although every time we see the bus it’s totally packed full of people so we have not been tempted to take it anywhere yet) and its easy to get an Uber because we are on a main street. One time we called an Uber and a car that was in traffic right in front of us honked and put his flashers on, which is the universal symbol that means “I am your Uber”. It took no more than 3 seconds!
2. It’s nice to have a lot more space. All 4 of us can be in different rooms. We are in different rooms as I type this. Es bueno.
3. We have a comfortable couch to watch TV and decent internet. We can watch our American TV over the internet at the same time Haley plays her games and Zoe watches YouTube Minecraft videos or chats with her friends.

Here are the downsides to our Mexico City lodging:

1. It’s 62 stairs up to our flat. We counted.
2. There’s no elevator.
3. The elevation here is 7400 feet.
4. We had 11 pieces of luggage.
5. The kitchen supplies looks like he got them the last day of a garage sale.
6. Finally and most significantly… the building is leaning.

After the owner of the flat finished his orientation and left us alone, we immediately asked each other if the flat was leaning. Something seemed off. So we got out Zoe’s rubber ball and, sure enough, it rolled in one direction. Some doors swing open, others swing closed. Yep, it’s definitely leaning. This makes me VERY nervous. I’m already like a cat in a room full of rocking chairs since we’ve returned to a seismically active area. After growing up in Alaska and being in earthquakes a few times, I swore that my adult life would be spent in any area that does not get earthquakes. Well, best laid plans… So let’s do the math: earthquakes + anxiety + leaning building. It all equals a great big no es bueno. 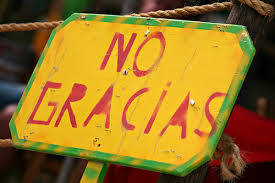 But as we’ve been exploring other parts of Mexico City, we’ve discovered that a lot of places are leaning. Or sinking. Or tipping, lilting or actually falling. I finally found this great article that helped me understand it all. To quote: “Ancient Aztecs built the city of Tenochtitlan on an island in the middle of a large lake, making it the capital of their powerful empire. When Hernan Cortés and fellow conquistadors arrived in 1519 and conquered the Aztecs, the Spaniards built Mexico City atop the Aztec ruins and then drained much of the lake to control flooding. Scores of colonial churches and other stone buildings in central Mexico City have survived frequent natural disasters but succumb to the soft clay underfoot, leaning or sinking into the ground.”

So I’m not imagining things. Goody.

I admit I’ve been a bit obsessed with the leaning thing. This morning I downloaded an app on my phone that is a level and I wandered around the house finding the most lean. Insert eye rolling from the family here. In some places it’s about 7% off level. I thought that was a small amount but I guess even 1% is enough to make you notice. It drives me absolutely crazy. I feel like I’m on a cruise ship. I sleep in the room that the leaning points to.

The other thing we notice – albeit only slightly – is the smog. I thought it was overcast skies at first but turns out it’s smog. Evidently during the holiday weekends when many people leave the city the sky is a beautiful clear blue. We haven’t seen that blue, we just see a bit of a grey mist for most of the day. I don’t notice it from a breathing perspective but many people report that their eyes sting. The geography does not help the smog. Located in the crater of an extinct volcano, Mexico City is about 7400 feet above sea level. Wikipedia tells us “the lower atmospheric oxygen levels at this altitude cause incomplete fuel combustion in engines and higher emissions of carbon monoxide and other compounds. Intense sunlight turns these into higher than normal smog levels.”  I guess the Japanese proposed that they could take down a mountain to help the smog flow through better but the Mexicans said no gracias. Right now it’s not as bad as it has been a few months ago, due to the current daily rains that help clear it out. The limits on driving that were in effect last spring have been lifted and thankfully no one in our family has noticed it much. But it’s part of life here.

Mexico City is huge, don’t get me wrong. But it’s got quite a few really neat “pockets” of communities. It feels very human and live-able, if you can find one of those pockets. We have not explored very much but even in our limited journeys around town we have seen a lot of town squares, plazas, parks, mercados and so. many. restaurants. It seems like a busy town too. People are always coming and going, markets are busy, street vendors are busy, sidewalks are full. It’s an active city. It feels vibrant and alive and cheery. It helps that it’s not hot out. It’s a very pleasant temperature day and night. So that encourages and supports walking everywhere you go.

There is also a huge city park – the largest in the Western Hemisphere (1700+ acres) in the middle of the city. It’s nicknamed the “Lungs of the City” for the trees that help to provide needed oxygen to the “concrete island” that is the city. It’s larger than Central Park in New York City and has a lot of things to do. Paddle boating, a zoo, an amusement park, trails for running and walking, vendors, coffee shops and a huge castle that used to house heads of state and is now a museum, plus a number of other museums. You could spend days at the park and never see it all, and when you are in it you have no idea you’re in the center of a huge city. On Sundays they close off streets around the park to traffic and they become magnets for families on bicycles, roller blades, strolling, etc. These things make the city very live-able.

The people here seem friendly. We don’t see many tourists and definitely not a log of gringos, but no one stares at us, no one seems to think we are out of place, everyone smiles and is happy to answer our questions. We have had many interesting conversations with Uber drivers as we sit in traffic. Although people seem busy, no one seems cranky. It’s a nice vibe in the city.

Right now we find the weather to be great. It’s slightly cool in the morning, but still there is no need for a sweater. Shorts and flip flops are plenty warm enough. The afternoons can bring storms and rain right as we are headed inside for the night. We have no A/C nor heat in our flat but we’ve all been very comfortable. It’s lovely to find restaurants that have outdoor seating and we have no need to ask to sit where there is A/C (they don’t have it anyway). The rain can cause some street flooding and get everything wet but even then it’s not cold and it’s easy to dry off our feet when we get back. We like the weather a lot. Have I mentioned no sweating?

This part is not so good. There’s a lot of smoking here! We found that in Puebla too. People walking down the street smoking, sitting just outside the restaurant, smoking. Smoking is not allowed indoors but there’s a lot of it that wafts in anyway. Ick. I guess we better get used to it for Europe.

WC, not baños nor sanitorios

Everywhere we go they seem to call the bathrooms something different. In Panama it was baños. In Cancun it’s sanitorios. All over Mexico City they call them WC. It’s so European! But at least they have them. Public bathrooms are all over the place, well marked and usually cost 5 pesos, which at least gives you some guarantee of quality (some, but not 100%). It’s another very “logical” thing that they have here.

So Much To Do

There is so much to do here. Our list of things we want to see and do grows every time we venture out. But travelling is tiring, we have to schedule in down days at least once or twice a week to catch our breath and “right the ship”. So I have a feeling we’ll be leaving Mexico City with plans to return someday to further explore. Maybe we’ve convinced some of you to visit it too? We’ll meet you here! Just don’t rent the leaning Airbnb from the French guy.