I love Mexico, but I am looking forward to France. Or Thailand. Or Russia. I want to go somewhere that I don’t speak the language.  I want to get out of this no-man’s-land of speaking enough Spanish to get by, but not enough to really truly understand what’s going on 100% of the time. It’s lulled me into a sense of complacency and thinking I’m understanding it all but really I’m not. My Spanish has also allowed us to rent a house like a local, including managing our own appliances and repairs, getting our own internet and gas and cable and managing our own workers, as well as a pool guy and gardener. But my Spanish wasn’t good enough to prevent getting ripped off by the gas company.

We ran out of gas in our house on February 22. The way it worked in Panama is you had a tank that you kept locked up outside your house, so when you run out of gas, you haul the tank down to the little store, get it filled up, and bring it back. Here you have a larger tank and it’s attached to your house up on the roof, so when you run out of gas, you call the gas company and they come with a big truck and a big hose and fill it up. You pay cash and off they go. We did it shortly after we moved in in mid December and the process was fairly straightforward so I thought I knew what to expect.

Silly girl. Tricks are for kids.

So that morning in February, I called the gas company. I hate talking on the phone in Spanish. I hate it with the heat of 1000 suns. It’s confusing and embarrassing and overall it just sucks, so I avoid it at all costs. But this call was pretty easy. I knew the basics of what information we needed to exchange, and it went fine. The nice lady said the truck would be here later that day, and she even said “Bye” at the end of the call. In English. I won’t be offended that she knew I was a gringa. If Zoe had called, the lady would not have detected an accent, but I didn’t learn enough Spanish as a child, so I’m obviously a gringa on the phone.

But that’s not all. We have one extra step in this neighborhood when we have someone come to the house. We have to notify the guards. The neighborhood is secure, so anytime someone is coming to our house they have to be “on the list”. If they aren’t on the list, the guards have to come to our house and ask if XYZ can come in while XYZ waits outside the gates. It’s time consuming so I always try to be good and tell my guard friends of the visitors. The guards communicate via WhatsApp so it’s easy-peasy, especially with my Spanish language keyboard that tells me if I’m spelling something wrong. Es bueno. And I like using emoji in my messages with the guards, so I always use the blond girl who waves. It’s my signature. 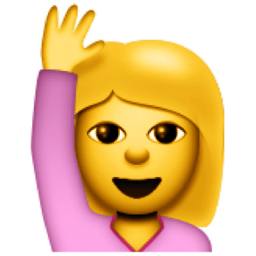 So a few hours after requesting gas this February morning, a small gas truck shows up. It was a smaller truck than last time and the guys didn’t seem to know where our tank was, even though last time they did. But we figured it out and pretty soon they were handing me a printed bill for 1600 pesos ($88). When the guy came off the roof I showed him the gas meter and asked why it still said 2%. I’ve learned not to let these guys go until you ask all your questions. He said the meter was broken and he showed me one in his hand that he said was a manual one that was also not working and that he was going to bring me a new one. OK, that all sounds good.  At this point he left with his gassy friends and I was standing there wondering when exactly he was bringing me back this meter. But OK, supposedly all would be well. So this is an example of knowing just enough Spanish to follow along with the fact that the meter wasn’t working but having no idea when he might bring me a new one. If I even understood that correctly.

Which I didn’t. Not really. Because he never came back. And that’s not all.

About 30 minutes later another gas company pulls up and at this point I notice the name on the truck is the name of the company I called. And the name on the OTHER truck was NOT the name of the company I called. Huh. Who knew!? So the new guy asked me how I was doing and I replied “confundida” – confused. I told him that the other gas guys came, and he said that indeed the guards told him the truck had already come to my house. We realized together that the wrong gas company had filled our tank. Evidently when that truck showed up at the neighborhood the guards directed them to my house, not knowing which company I had ordered from (at that point I had no idea there were 2 companies). Indeed I had not told the guards which truck was coming, so it’s not really their fault. I started to wonder if I had been bamboozled by a fake gas company, but I didn’t think so since I had an official receipt. Indeed Our Gassy Guy said that Other Gassy Guy was just fine but next time if I call a specific company to be sure that’s the company that fills the tank. OK, noted. All is well. I felt bad for Our Gassy Guy coming all the way to my house but not filling us up. And he was so so so so nice too. Shortly thereafter we had gas again so I started to trust the process. If all goes as planned we should need gas again in about 2 months. Nice Gassy Guy even confirmed that timeline for me.

I go into the kitchen to start dinner and… no gas. Running out of gas after 3 weeks means… I got bamboozled. Damnit Jim! Surely it could have been worse (and more expensive) but ARGH. So that day I called the RIGHT gas company, they showed up a few hours later and I verified they are the right ones before they filled my tank. I knew enough Spanish to explain what had happened last time (awkwardly speaking in half present and half past tense) and they said they’d take a look at the tank, maybe it had a leak or something.

When they were done they confirmed that I got cheated because the tank had no leak. And the plot thickens: I had proof. The tank is a 200L tank and Nice Gassy Guys were able to put in 171L. The max you can put in due to pressure is 180L, which means indeed the tank was empty. OK, that is all very logical. But then together we looked at the receipt from the other gas company, and it said they had filled my tank with 200L. Do you see the problem here? Even the receipt shows something that’s not possible! Not terribly smart for bamboozlers. The Nice Gassy Guys suggested I call Bamboozling Gassy Company and complain and demand reimbursement. You lost me at “call”.

So long story a little-less-long, the other gas company cheated me, the right gas company guys are nice and when we leave Mexico I’m looking forward to staying somewhere that has a landlord that manages all this in their native language, not my halfway-fluent one. The End.