On January 1 we implemented a new homeschool/unschool regime. You can read all about it here but it was pretty much the opposite of a regime. Now, 3 weeks later, we thought you’d like an update…

First, let me say that I have enormous respect for educators. I worked with them a lot during my PTO glory days, but now that I’m the educator for my own kids, let’s just say that ya’ll are the bomb. But we all know that the public school system in the USA has flaws. In fact, some of what we are finding with our own kids is trying to undo how they learned (not what they learned, how they learned) in public school. Now, don’t go off on me. I’m NOT bashing public school. We all know many amazing teachers who are doing the best they can within a system that is challenging. But when you get out of that system and you can do it another way, you see some pretty cool options for your kids. We are lucky enough that we can work with our kids on a 2:1 or 1:1 ratio, and I’m not sure there is any educator out there who would debate the value in that. 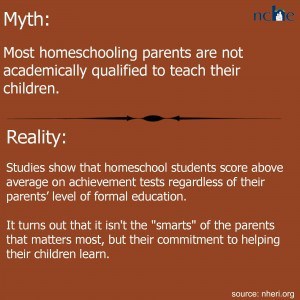 So enter our new method. We were looking for more organic learning, led by natural curiosity, the world around them, things that interest them and things we think they ought to learn. There’s still traditional stuff too. We have math workbooks that lead us through what their age should know, systematically. We do reading each day. But the rest of the stuff is pretty loosey goosey.

So here’s what I’ve learned in the last 3 weeks:

A schedule is bueno. We wanted to give the girls some more leeway, letting them take advantage of their natural sleep and wake cycles. But we found that when the girls were left ENTIRELY to their own devices with no schedule at all, the day went  awry. They got up late, they emerged from their rooms even later, homeschool started later than that and by dinnertime, the time when they are supposed to be done with their assigned tasks, there were tears. And the girls were upset too. 🙂 So now we set a slight schedule, based around the other activities for the day. Spanish classes 3 days a week help keep us focused and on track with meals and wake times too. So each night before bed we set a time when we will begin together the next  day and that works much better.

They still need leadership (aka Mom). Leaving them to manage their own schedule is one thing, but having them do ALL their work on their own  is another. We learned that both girls need a coach in math and writing. Sometimes they need a teacher, sometimes they need a coach but they benefit from someone at their elbow, encouraging them and helping them get through some of the hard parts. Thanks to Kahn Academy, I’m brushing up on my algebra. I always liked it and I think Haley is surprised when I can actually help her. Some ego boosting for mom, thank you very much.

We all need Dad. Daniel has taken the reigns on our new “ask-research-learn” technique. He gives the girls a topic each night. It gives them a starting point to open them up to what may or may not be an interest to them. They research the topic and then present it to the family at the dinner table the following night. But if anyone knows my Meyer’s Briggs at all you will know that I’m not so good at that method. I come up with super-lame questions like “why are clouds white?” and “what is El Nino?” Honestly, I just have no creativity at all in this area. So when Daniel, my Meyer’s Briggs opposite, suggested this method I asked that he take the lead on it. And so he did. I have no idea where he gets these questions. Maybe he’s taking some kind of online teacher school in the 4 hours between when I go to bed and when he goes to bed. I dunno. But we are on question #11 now and so far they have ranged from mnemonic memorization techniques to the band Kansas’ greatest hits and how their songs relate to Greek mythology to US States and Presidents to Ptolomy. I look forward to dinner when I can hear the answers because a lot of times I don’t know them!

This is not a perfect scenario. More than once the girls had to re-do their questions. They like to think they have done the research but sometimes they are just checking the box and they show up to dinner unprepared. We made it clear from the start that it wasn’t meant to be a box checker. It was meant to generate curiosity and learning. So we’ve had to undo their tendency to “do the task” and try to instill in them to “learn something new”. It’s taking awhile but I think now that we’ve put words to the changes in approach, they are seeing it. Oh, that and making them do school work on a Saturday and threatening to take away their weekend sweets. NOW we’ve got their attention. We also use Class Dojo for behavior tracking. The little dinging noise it makes when they do something that needs improvement is an excellent tool. No nagging needed, that ding does it all.

Get out of the house. So far we’ve done kite making, coral reefs, Spanish class, singing lessons, piano lessons and tomorrow we will explore our first Mexican island (in person, of course). There’s a lot to do around here so we want to be careful not to get caught up in sticking to schedules and miss the stuff that’s happening around us. But any public school teacher will tell you that field trips are not as easy as “Hey kids, let’s go to the planetarium today!”. To really take advantage of it you have to put some thought into what you are doing, do a bit of research into what you might encounter and then process it in some way when you get back. It’s exhausting, honestly. But rewarding too. Of course, if you picked a bad idea for a field trip, that sucks too… or when you use a really cheap garbage bag for a kite.

Find other kids. So far we’ve found some other kids from other countries to hang out with but we are still seeking more, including locals. Thanks to social media I’ve got a few more leads to follow and some more places to check out with my “classroom”. But definitely the hard part about this system is the lack of other kids. Haley will tell you that the lack of other kids is the best part but ALL OF US will tell you that Zoe needs that part. For the love of God get that girl some other kids to play with! There’s tons of kids in this neighborhood and the parks are packed from 4- 6 p.m. so we usually lock Zoe out of the house at that time of day. Yesterday she came home after meeting 8 new friends. I think the rest of us celebrated more than she did. There were high fives all around. I almost wept.

Try, adjust, repeat. I really wrote that for my own benefit. Nothing worth doing will take shape easily and this is no exception. It’s trial and error and some days are better than others. But there are plenty of good days and we are really happy with the new technique. The girls love going to bed and getting up when their bodies tell them it’s time. They love the autonomy and flexibility of learning. I’m glad they got the public school experience in Panama but I LOVE LOVE not having the stress of trying to fit all the other things we want to do into the day. It’s really lovely and the hours fly by. Even when there are tears, we still like it.

So I’ll write again in a few months with more things we’ve learned and adjusted and modified but for now we are bueno.